Our most advanced copper speaker cable, available as a conventional stereo pair, 2–4 configuration or 4–4 version suitable for biwiring.

Why ‘earth’ a speaker cable?

Generally speaking, loudspeaker cables don’t potentially pickup interference in the same manner as an interconnect, but they may ‘broadcast’ interference, effectively acting as an antenna. In today’s extremely (electrically) noisy world, it’s important to minimise the adverse effects of noise on system performance – this can be addressed very effectively by providing a grounded screen on the cables.

Mavros uses very high purity OCC (Ohno Continuous Casting) copper conductors. The OCC process is named after professor Atsumi Ohno, who in the late 1970s, discovered that by heating the drawing mould to a higher temperature than the molten copper you intend to cast, then cooling it soon after, the result is one long, high purity (99.9997%) metal crystal.

These high-purity monocrystal conductors are used in a multi-stranded layout, wrapped in individual low-loss microporous PTFE (Teflon™) insulators, and twisted to help lower electromagnetic interference. The four separate conductors are then wrapped in cotton, an additional layer paper, then wraps the assembly in PVC and shrouds it in an outer black cotton sleeve.

In the bi-wire 2–2 and 2–4 configurations, two additional solid conductors are dedicated to the mid/high frequencies, facilitating a more stable and open stereo image.

This obsessive attention to detail – and the combination of materials & assembly methods which was only finalised after exhaustive testing – produces a cable which HiFi World’s reviewer described as‘ the best he’d ever heard’ and HiFi Plus summarised as ‘one of the very, very best. ’

Our goal to make cables which have no discernable character or sound of their own, which would in itself be a form of distortion – Mavros is engineered to ‘disappear’ in your system, leaving the performance of your equipment to speak for itself. It should be noted though that Mavros requires a ‘burn-in’ period during which the sound will continue to improve. 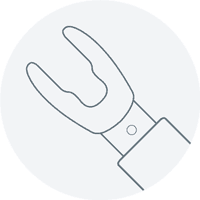 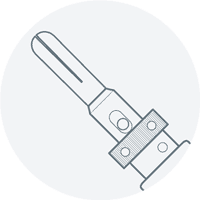 This cable is fitted as standard with the Transpose Modular Termination System, which allows easy switching between expanding 4mm connectors, spade and Z-plugs as your requirements change.